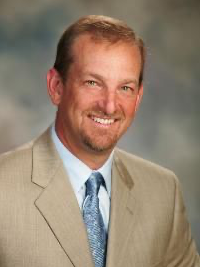 Drew S. Marloe, ICM’s Founder, President, Chief Executive Officer and Chairman of the Board, has been active in the financial services industry for more than 35 years. Born in Philadelphia, Pennsylvania, he earned his undergraduate degrees in both Finance and Investments from Babson College in Wellesley, Massachusetts, where he also completed his Masters in Business Administration (MBA) with a concentration in Marketing. Drew founded Independent Capital Management, Inc. in 1988 after working with several proprietary Wall Street-based firms and has opened and managed Branch offices in Massachusetts, Phoenix and Tucson. Drew has personally opened more than 40 Branch office locations throughout his career, including New York, Tampa, Chicago, St. Louis, Washington D.C. and Denver.

While working as a Registered Principal with SagePoint Financial, Inc., Drew currently oversees more than 15 OSJ Branch offices throughout the nation. He is a constant Archon (Sales Leader), Field Development Leader, Million Dollar Club member and Production Group leader.* Drew is also a leading Managing General Agent (MGA) with several top life insurance companies, leading in life and annuity premium, recruiting and lives insured. Drew led ICM into the Inc. 500 in 1996 and 1997 as one of the fastest-growing private companies in America.

Drew resides in San Clemente, California with his wife Michelle and their three children, Jonathan, Jacqueline and Kenneth.

* Third-party rankings and recognitions are no guarantee of future investment success and do not ensure that a client or prospective client will experience a higher level of performance or results. These ratings should not be construed as an endorsement of the advisor of any client nor are they representative of any one client’s evaluation.

Qualifying membership in the Million Dollar Round Table (MDRT) is based on minimum sales production requirements and gross business generated within a year. 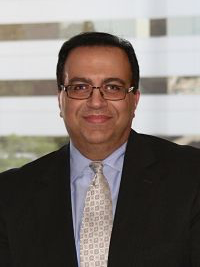 William Farraj* is the Chief Marketing Officer and one of the Senior Managing Partners of ICM. William is the #1 Branch Development Leader for SagePoint Financial for 4 consecutive years from 2011 to 2014.

William graduated from the University of California Los Angeles with a Bachelor of Arts degree in Economics. He joined ICM in 1999, was promoted to Division Manager in 2001, became a Regional Vice President in 2003, and was named the Chief Marketing Officer in 2008.

Mr. Farraj has received recognition for his dedication to excellence as a recipient of the SagePoint Financial, Inc. President’s Performance Club and Achievers Council. William has been acknowledged as part of ICM President’s Club, awarded to the company’s top five Division Managers every year that he has been eligible. He has led his office to the number one ranking in the company in three different years.  He is currently on the Board of Directors for ICM.

Throughout his career as a manager with ICM, Mr. Farraj has successfully hired, trained and promoted a number of managers to run offices for the company. 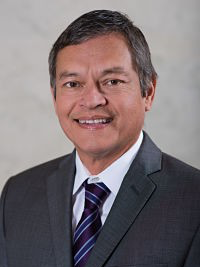 CFO Lance Stanley* was a corporate controller in the manufacturing industry before joining ICM in 1995. Lance holds a degree in Business Administration from San Diego State University. Born in Okinawa, Japan, he resides in North San Diego County, California.

*Not a registered representative affiliated with SagePoint Financial Inc. 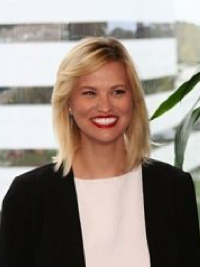 Jacqueline joined Independent Capital Management in 2015 as their Director of Business Development. Out of ICM’s Newport Beach location, Jacqueline assists a team of dedicated professionals who specialize in personalized, comprehensive financial planning and she helps recruit ideal candidates for the full-time Financial Advisor career. She is seeking smart, motivated, and energetic Financial Advisors who are interested in growing their business.

Prior to her career with ICM, Jacqueline graduated with honors from the University of Washington. While living in Seattle, she spent several years in the real estate industry where she worked as a listing coordinator and office assistant for 60+ real estate agents.